by Gambler Promotions Team
6 months ago 0 32

(Source: Irish Times) Gambling providers can be fined up to €20 million or 10 per cent of their turnover if they break new rules set to be introduced by the State’s first gambling regulator.

Announcing new legislation to regulate Ireland’s multi-billion euro gambling industry, Minister of State in the Department of Justice James Browne described the current laws as “outdated” and “incoherent”, with some laws stretching back to the 1930s.

The legislation will ban free bets and inducements and will introduce a new code around gambling advertising.

The laws will give the regulator and authority new powers to suspend or revoke a provider’s licence and to administer financial sanctions.

They will also have the ability to block remote or online access to a provider’s service in Ireland or to shut down those operations entirely.

Bank accounts and assets can be frozen and payments can be blocked.

The new authority will have the power to regulate gambling across all forms of media, as well as addressing the issue of sponsorship by gambling companies.

New codes will set out the times and frequency which gambling advertising can appear on television, radio, and other media platforms each day.

There will be prohibitions on the offer of credit or credit facilities to players, spending limits “where practicable” and the use of credit cards will be banned.

A social impact fund will be set up to fund research and information, education measures as well as addiction treatment.

Mr Browne said the role of CEO designate of the new authority will be advertised before Christmas while the legislation proceeds throughout the Oireachtas in order to avoid any delays in getting the organisation up and running.

“The aim of putting a CEO designate in place is to help guide and establish the authority so that when the legislation is passed both are in situ at the same time,” Mr Browne said.

As part of Budget 2022, €500,000 has been put aside to meet the costs of appointing the CEO designate as well as non-pay-related costs in establishing the authority.

It is envisaged that the authority will have a staff of between 80 to 100 people. Mr Browne said there are around 55,000 problem gamblers in Ireland with more and more women becoming addicted.

“People with gambling addiction face financial disaster. Very often the first that families or loved ones know about addiction is when the sheriff calls to the door or the gardaí call to the door or worse.”

Asked what lobbying he was subjected to while the legislation was being drafted, Mr Browne said a huge amount of research had been carried out by previous Ministers who met with industry and so he took a view that he did not need to meet the industry, although he said opportunities to hold meetings would arise in future.

At Gambler Promotions, we focus on comparing and offering bonuses for the best Casino’s & betting providers throughout Ireland! 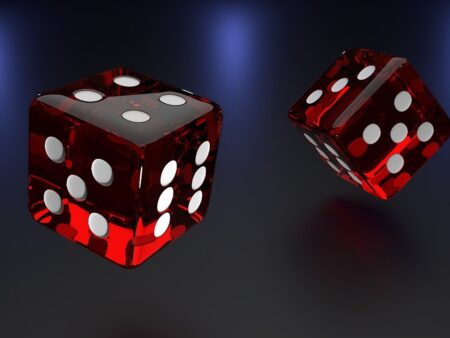 copyright 2021@ gamblerpromotions.com. Advertising Disclosure: Gambler Promotions contains links to partner websites. Gambler Promotions make commissions on clicks.
We use cookies on our website to give you the most relevant experience by remembering your preferences and repeat visits. By clicking “Accept All”, you consent to the use of ALL the cookies. However, you may visit "Cookie Settings" to provide a controlled consent.
Cookie SettingsAccept All
Manage consent

This website uses cookies to improve your experience while you navigate through the website. Out of these, the cookies that are categorized as necessary are stored on your browser as they are essential for the working of basic functionalities of the website. We also use third-party cookies that help us analyze and understand how you use this website. These cookies will be stored in your browser only with your consent. You also have the option to opt-out of these cookies. But opting out of some of these cookies may affect your browsing experience.
Necessary Always Enabled
Necessary cookies are absolutely essential for the website to function properly. These cookies ensure basic functionalities and security features of the website, anonymously.
Functional
Functional cookies help to perform certain functionalities like sharing the content of the website on social media platforms, collect feedbacks, and other third-party features.
Performance
Performance cookies are used to understand and analyze the key performance indexes of the website which helps in delivering a better user experience for the visitors.
Analytics
Analytical cookies are used to understand how visitors interact with the website. These cookies help provide information on metrics the number of visitors, bounce rate, traffic source, etc.
Advertisement
Advertisement cookies are used to provide visitors with relevant ads and marketing campaigns. These cookies track visitors across websites and collect information to provide customized ads.
Others
Other uncategorized cookies are those that are being analyzed and have not been classified into a category as yet.
SAVE & ACCEPT